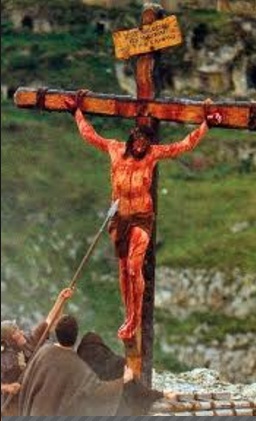 I found this to be a very interesting question.  I’ve always seen it represented on the right side, either in movies or with crucifixes.  But last year when I started reading for my parish, I was in the sacristy preparing and noticed for the first time a stained glass window and a crucifix both with the piercing on the left.  I asked the priest, who pointed out that the crucifix also showed our Lord with his eyes still opened – so that definitely put accuracy out of the question.

This article helped to explain a little more:

“I always thank my God as I remember you in my prayers, because I hear about your love for all his holy people and your faith in the Lord Jesus.” – Saint Paul’s Letter to Philemon

All Saints Museum is all about promoting love for the Saints, these are the “holy people” who have run the race and made it to Heaven!  We hope to educate and inspire YOU to become one of God’s holy people, to grow in friendship with them in a unique way.

Please click through our Saints page to learn more.

Also, check out our On-Line Exhibits.

We will be adding more Saints as we grow, so check back frequently.

Have a blessed Sunday!

All Saints Museum’s Pledge is our promise to you to operate at a superior level of excellence in an effort to ensure our Mission is fulfilled.  We have been very blessed with the many gifts God has given us.  The Saints give us the example the good servant in the Parable of the Talents.  Our Pledge is our effort to live out this Gospel message.

Do we have the courage to be embarrassed if God asks us to do something that takes us out of our comfort zone?

At what length would you go to when you clearly hear God asking you to do something completely and utterly foolish for Him?

For me, I learned the other day that I wouldn’t go that far, and it humbles me.

There is a Catholic church in my area (Our Lady of Peace) that is coordinating bus rides to the Walk for Life (which I encourage all to attend) on January 23rd. While I was there, however, I saw a man near the church who was struggling with his clothes. It was evident that he had some physical handicap, and most likely was also struggling mentally. When I came closer I could see that most of his pants were wet, and some of his shirt, and he had unzipped his pants and pulled up his shirt to air it out – presumably to dry them. I wasn’t sure the cause of it, but it just hit me so hard. It really moved my spirit to want to do something… but what?

I had money in my wallet, which I had intended to use for the tickets. But I felt like money wouldn’t get him what he needed at that moment. Then I thought that maybe I could give him my jacket or sweater? It was cold out, but he already had a sweater, even though the bottom of it was wet. What the poor man needed more than anything was a dry pair of pants.

I thought about it, and all in a moment – in an instant – these thoughts flooded my head –

When Saint Francis met the leper and kissed him.

The Saints would do this. Saint Gerard wouldn’t hesitate… why am I hesitating.

Should I give him my pants? No! Then I would have to go home and get a new pair before going back to work, and I may have a meeting at work. Someone could notice me. Maybe he would reject me. Maybe he isn’t even my size.

As it became clear to me that the Lord was indeed asking me to be so humble as to give this poor man my pants, I protested regretfully – making any and all excuses. And as valid as those excuses were, the salt in the wound was my knowledge that this is what makes a Saint a Venerable to begin with anyway – their heroic virtue. Here was my big chance to practice an heroic virtue! And I pushed that thought out of my head, got in my car, and drove off!

I prayed for the man still. And I asked the Lord to forgive my weakness. To not allow that man to suffer because of my pride. In the grand scheme of my entire life, a little humiliation was too much to bear. How sad I am that I didn’t take that opportunity.

I’m writing this so that YOU don’t make the same mistake. Take those opportunities then and be a friend to Jesus!

At this point, I think it is appropriate to mention how often we only think of sin as something we do. In fact, there is also the Sin of Omission, which depending on the circumstances can be more heinous than a sin of commission. Thinking back on Matthew 25, our Lord in the end sends those who didn’t do something to the least of his brothers into eternal fire prepared for the devil and his angels.

Although I know our Lord knows our hearts, knows our feelings. He also presents these opportunities for us in the hope that we will take advantage of them for our benefit.

Pray for me, and you can be assured of my prayers that you will recognize when God is calling you to be united to His Son – who humbled Himself even to die naked on the Cross for us.

All Saints Museum was officially incorporated as a Non-Profit on December 20th, 2015.  Our Articles of Incorporation have been posted to our website. If the Lord is placing this Mission on your heart, please consider a donation to All Saints Museum.  This money will go toward growth and building this organization.  Although we are currently in the process of applying for Tax-Exempt (501(c)(3)) status, once we are approved all donations are retroactively eligible.  If you have any questions or request more information about our cause and vision, please don’t hesitate to leave a comment on our Facebook Page, or email us direct at Jake_Huether@allsaintsmuseum.org.

I will be writing more about the miracles that have happened this past year that have lead to our formation, including how our name All Saints Museum came to be.

My daughter loves the Saints.  However, when I asked her why she wasn’t reading a book on the Life of St. Catherine of Siena, she responded timidly, “well, it’s because its… well… boring…”.  And I think that summarizes really well why All Saints Museum is critical.  This Museum is intended to reach those people who need the inspiration of the Saints, yet aren’t quite motivated enough to pick up a book to read about them.  All Saints Museum’s goal is to provide a more comprehensive experience (including the use of multi-media and high tech) of these Holy People.  God gave us our senses, and All Saints Museum is taking this into consideration as we search for tools to evangelize.  This is what the New Evangelization is about indeed.

Not every aspect of the Saints is always exciting and extravagant.  Actually, that is in part what makes them so inspirational.  It’s the fact that they are real humans; real “normal”, that gives us the tangible hope of attaining Sainthood.  But we need to bring this reality to people.  I hope you will join us on this journey together to sanctity. 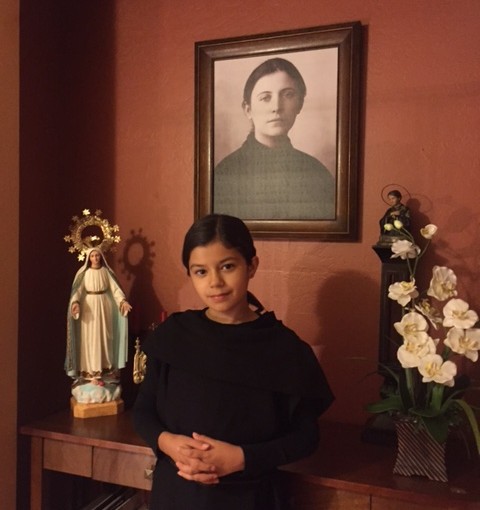 All Saints Museum will be posting a series of videos in our Live Wax Museum Exhibit.  Please open the link which will lead you to our YouTube Channel, for the first “Live Wax” figure, Saint Gemma Galgani!

You can also learn more about this beautiful Saint at our page for Saint Gemma Galgani.

Gods Grace to you this wonderful day! 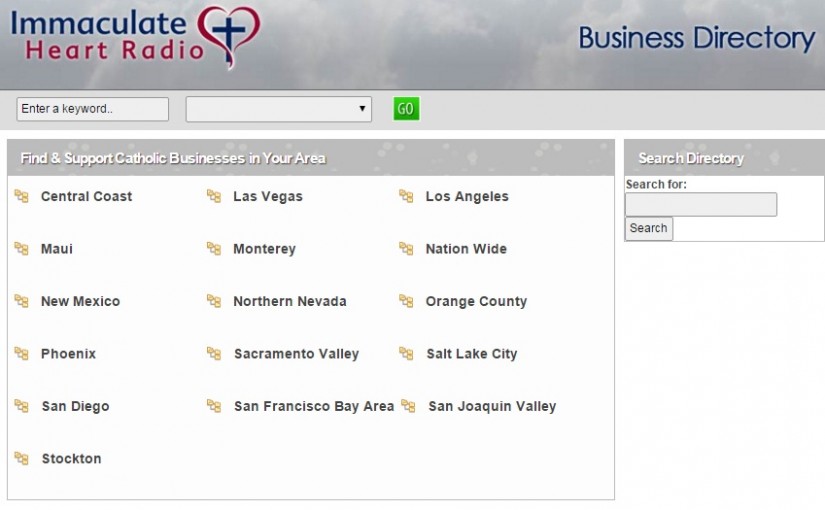 Friends of All Saints Museum!  I always find it important to support businesses who’s ideals reflect our Catholic faith.  Immaculate Heart Radio has put together a fantastic Business Directory.  Please consider using this resource when you are deciding on which companies to patronize.  God bless. 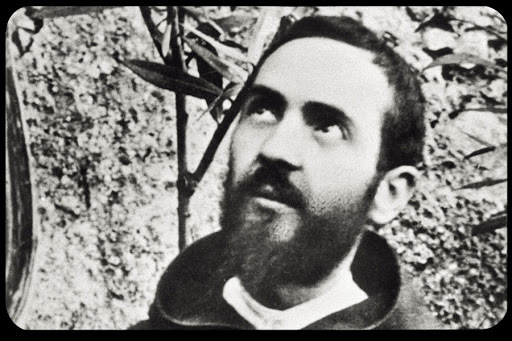 “Never say that you are alone in the battle against your enemies; never say that you have no one to whom you can open your heart and confide. It would be a grave injustice to this heavenly messenger.” – Padre Pio

All Saints Museum is all about promoting an understanding of the Saints, in particular with regards to our relationship with them. Here is a book I highly recommend by Author Dr. Scott Hahn.
Angels and Saints: A Biblical Guide to Friendship with God’s Holy Ones

There is a promotion going on right now, and you can purchase this book for just $1.99 for your ebook.

“Catholics in Ventura County and around Southern California will be celebrating next month when one of the church’s most venerated relics makes a visit to St. Rose of Lima in Simi Valleyfor three days of healing masses.”